By the 1980s, Ketut Madra’s position as an accomplished wayang painter was sufficiently well established that he finally had the time to turn his attention to dance and music.

He learned masked dance – especially the varied roles of bondres and the topeng tua – from Wayan Kantor of Batuan. He was soon performing professionally with Peliatan’s renowned dance group Tirta Sari.

To be a full member of Tirta Sari he needed to be a musician as well. The group’s leader urged him to learn rebab, a two-stringed bowed lute in the gamelan ensemble. A friend gave him a rebab and a cassette tape of solo music; he learned to play by imitating the cassette. On finding he had learned the basics, Tirta Sari’s leader told him to buy a cassette of rebab music as played with a full gamelan – and Madra soon established himself as the group’s “string section.” In the photo below, he plays rebab at the odalan of the Pura Dalem Gde with the seka gong ARMA, 20 minutes after his last performance here. 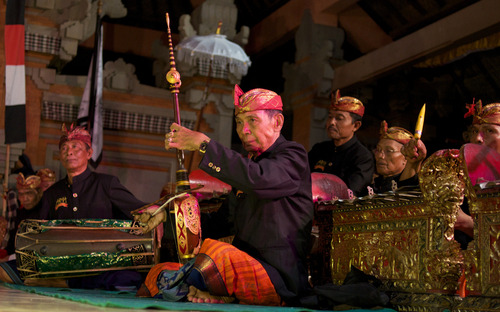 In his art, Madra has often returned to Dewi Saraswati, goddess of culture, music, education, science and more. His two depictions of Saraswati below show her holding two different instruments: in the 1973 drawing she has a simple bamboo flute; in the 2011 painting – and in all of Madra’s recent portraits of her – she carries a rebab. 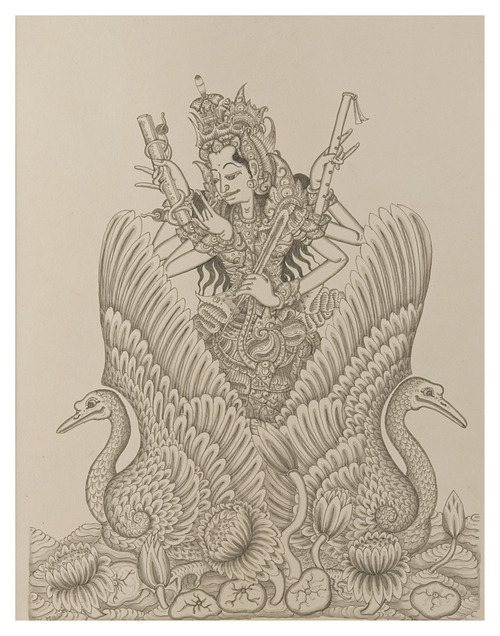 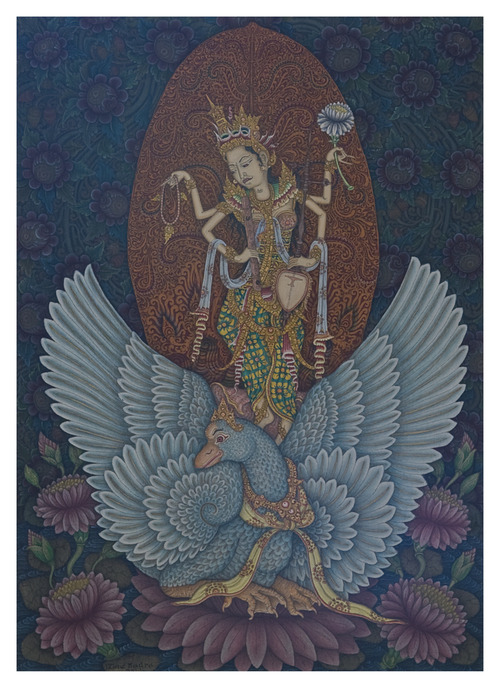