… are all in village and family temples within one kilometer of his home.

The best known of these are the temple paintings in three buildings of the Pura Dalem Gde in Peliatan. 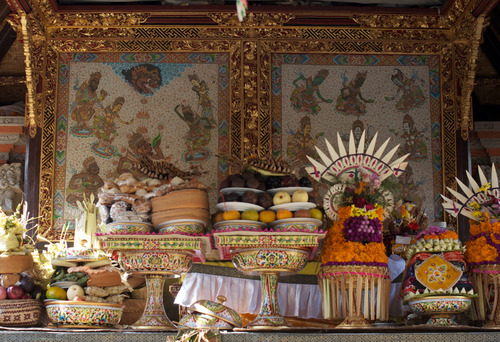 These seven paintings are described in detail on pp. 51-57 of Thomas Cooper’s Sacred Painting in Bali (Orchid Press, Bangkok, 2005). 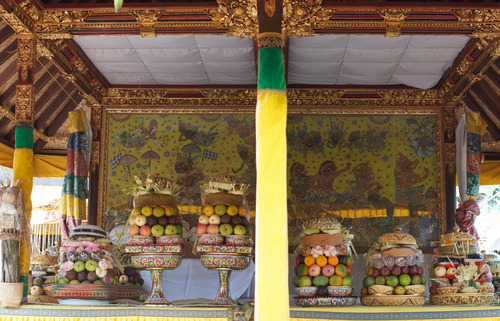 Cooper was able to get much closer to the paintings than Anggara Mahendra and I did during my April visit during the temple’s odalan. 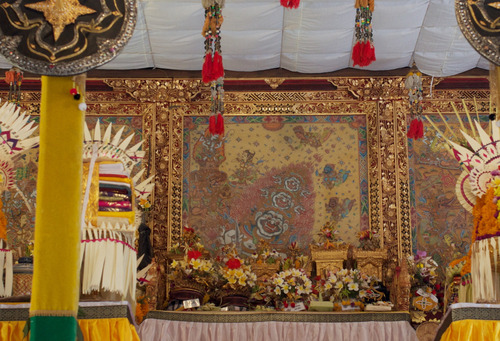 But Anggara captures the celebratory nature of the paintings, which are only visible to the public during these temple festivals. On the first day of the odalan, as the doors that conceal them are opened…, 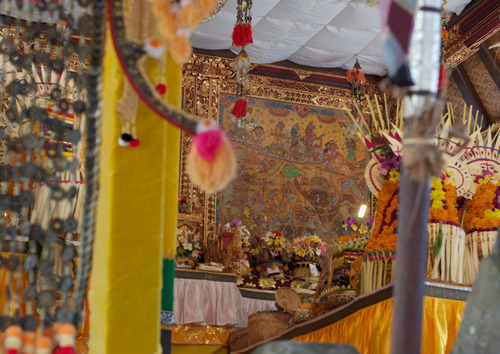 … the intricate offerings to each of the gods associated with these central temple buildings (balé) begin to arrive. 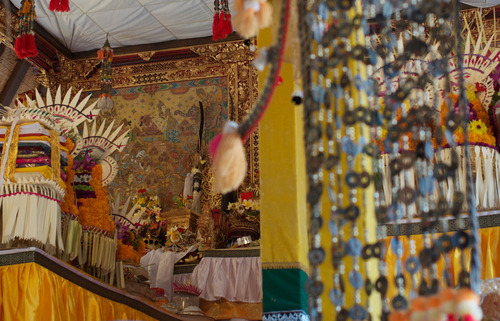 While the offerings complicate the role of the photographer in capturing this key aspect of Madra’s work, they also convey the importance of it to the community in which he lives. 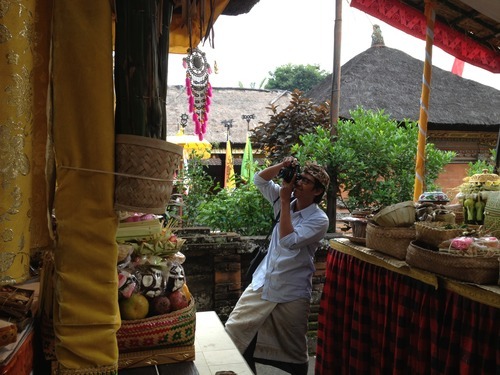 All photos by Anggara Mahendra, except the last one from my iPhone.