When I arrived on April 4, Madra and his son, grandsons and close friends from the banjar were in the last stages of creating two new triangular flags or umbul-umbul for the largest temple of his village district – the Pura Dalem Gde.

Madra, who designs and outlines the motifs of all this temple’s flags, then works cooperatively with others to complete the painting, usually just before the odalan, a three-day festival held roughly every six months, begins. He allowed me to help his 11-year-old grandson finish the white highlights on the belly of the Naga (dragon-serpent) below. 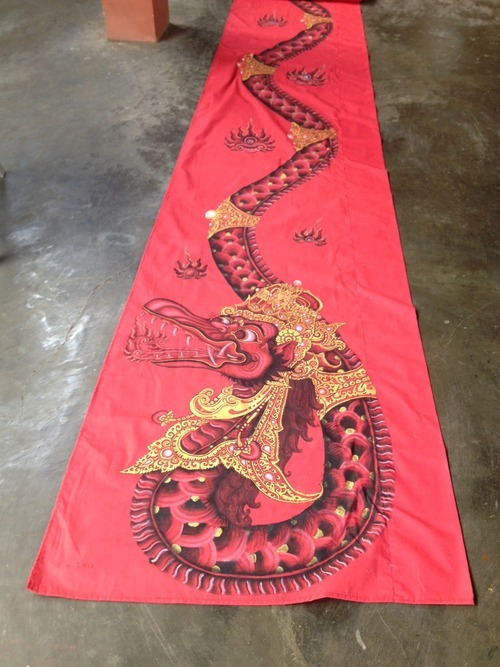 And here, in another photo by Anggara Mahendra, is the same flag flying at the odalan a week later. 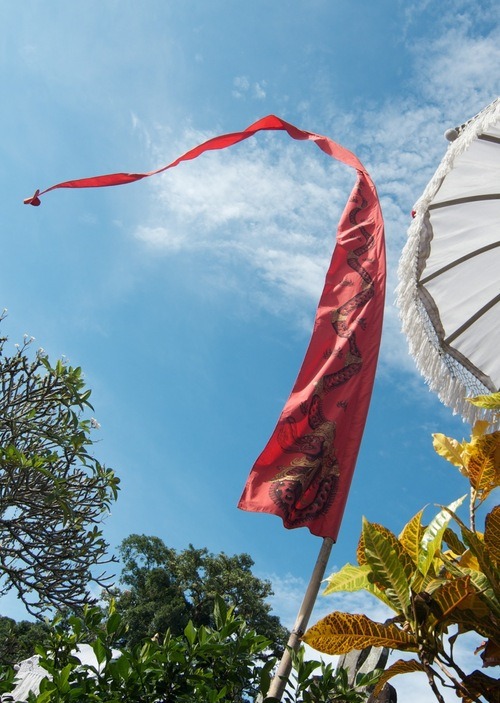 And here are two more, painted in earlier years. There’s a different view of these two at the entrance of the temple in the previous post. They’re all part of this temple’s extraordinary collection of painted wayang art by Ketut Madra. More on that a bit later…. 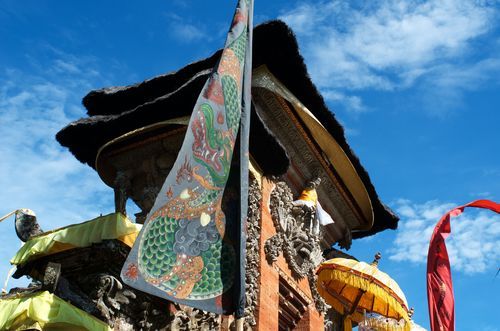