I took the photos below at the odalan at the Pura Desa in Pengosekan late in 1973. The 10-year-old baris dancer, the son of Dewa Nyoman Batuan, a painter and community leader, is performing in public for the first time. 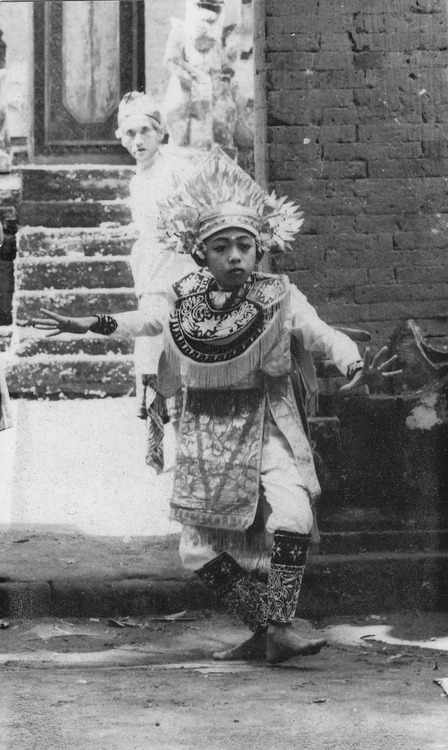 Above, the young dancer has just entered through the temple gate… 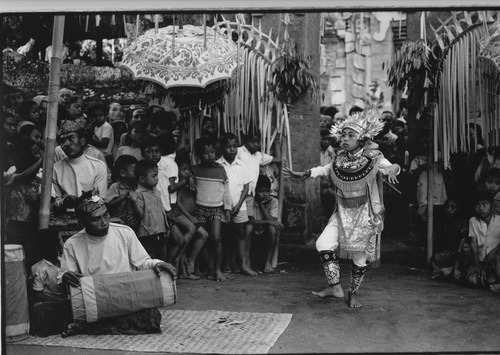 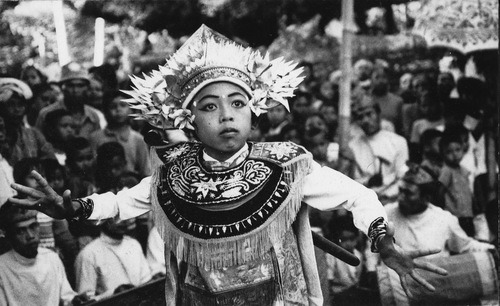 … and he delivers a performance that is still memorable 40 years later.

I gave prints of these photos at the time to his father, and they remain my favorite series of dance pictures from that first year in Bali.

This year, the story leapt forward to the present. Dewa Batuan, the father, died in February 2013 (and is recalled here by Rio Helmi.) The dancer, Dewa Putra Yasa, now 50, learned of the photos from Rio, who’d seen them shortly after I arrived in early April. He stopped in at Ketut Madra’s Homestay to have a look at them on my iPad.

I’d never known who the old man was in the first shot watching the baris dancer enter from inside the gate. It turns out he’s Dewa Putra’s grandfather – and he taught the dance to his grandson.